From August 15 to 31, 2022, the Department of Government Studies, Universitas Diponegoro (UNDIP) will hold a Summer Course program in collaboration with the Institute for Economic and Social Research, Development and Information (LP3ES), SAFEnet, ALTER SEA/Center for Southeast Asian Studies in Paris, Center for Southeast Asian Studies, at Ca Foscary University, Venice, Italy, University of Malaysia and SHAPE SEA Thailand. This activity is held not only to provide opportunities for students from various countries to study at Undip but also to become a forum for various knowledge and to build a network of academics and activists across ASEAN countries.

The opening of this summer course program included an opening seminar with the topic “Digital activism, social movement and resistance to democratic regression in Southeast Asia”, which was attended by Prof. Budi Setiyono, S.Sos., M.Pol.Admin., Ph.D. who was a professor of Undip Government Science who also happened to be Vice-Rector III for Communication and Business Undip, who also acted as one of the speakers. Along with Prof. Budi Setiyono, other speakers including Prof. Didik J. Rachbini, Rector of Paramadina University, Dr. Wijayanto from Undip, Damar Juniarto from SAFE Net, and Dr. Rosalia Sciortino from Mahidol University. 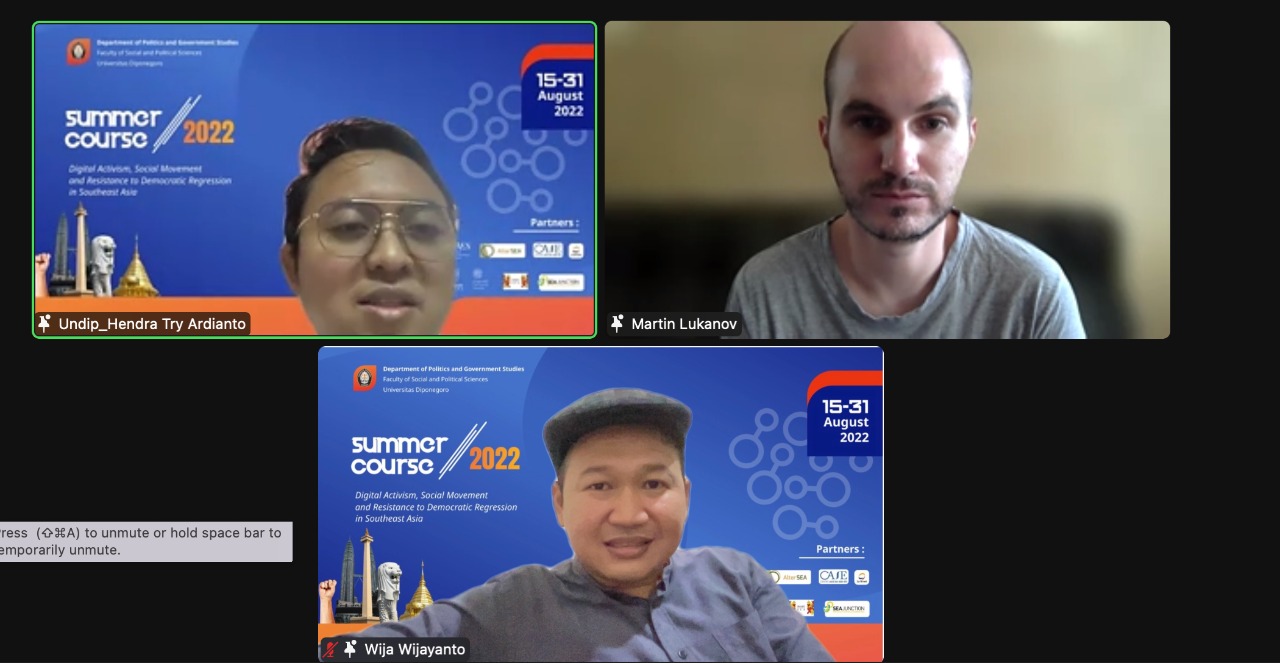 Various other speakers from Asia and Europe will be presented this summer course program, such as Dr. Yatun Sastramidjaja from the University of Amsterdam, Dr. Gabriel from the Center for Southeast Asian Studies in Paris, and many others. 85 participants joined this Summer School event from several countries, such as Indonesia, the Philippines, India, Cambodia, Nigeria, and other Asian countries. “This event is not limited to presenting and receiving material, but its vision is to create an alliance consisting of academics, activists, and activists related to this issue. We need to build a coalition and we need to work together,” said Wijayanto who was also the Director of the DPIP Summer School. 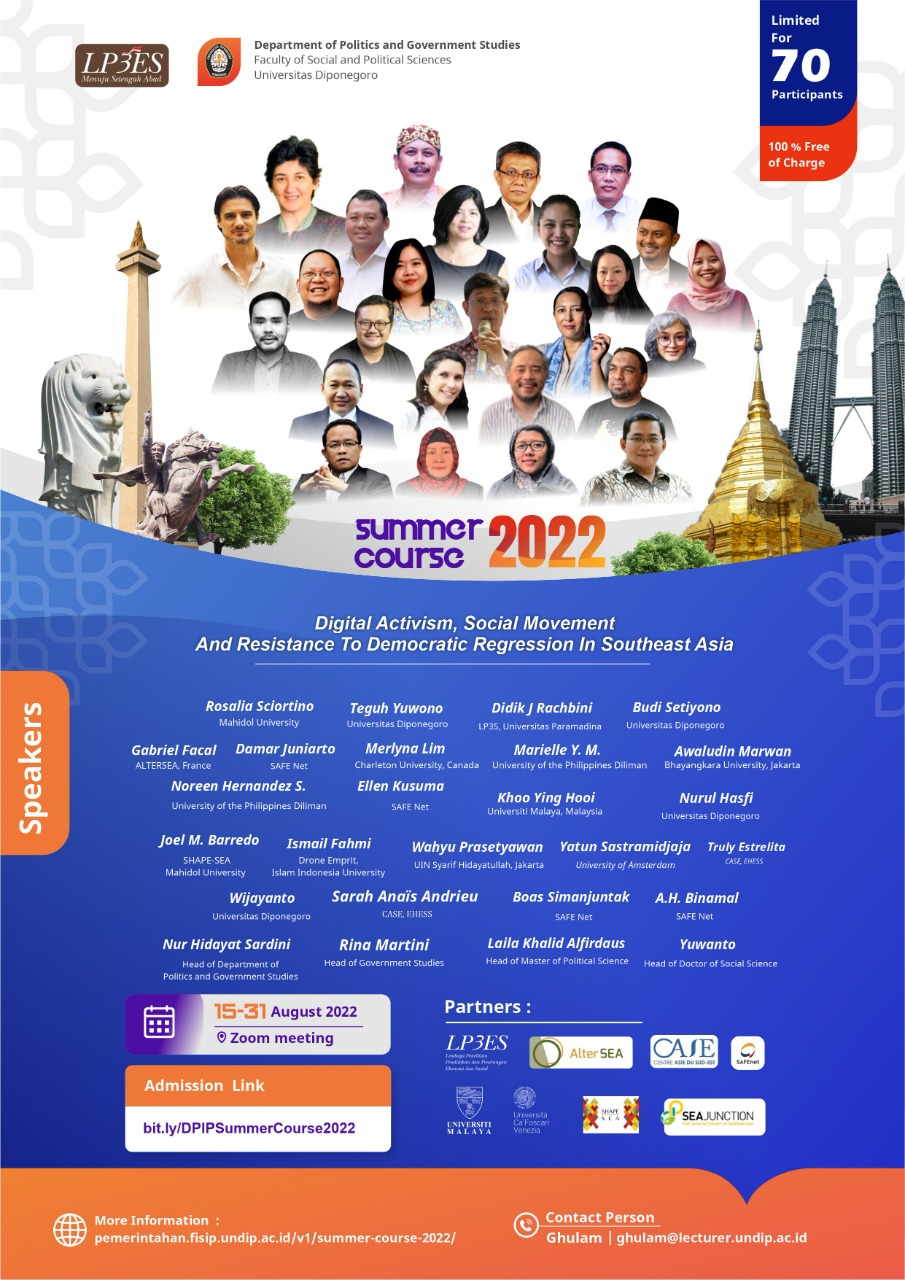